Posted on October 26, 2016 By Theresa @ TheCalicoBooks

In this near-future psychological thriller, a wealthy inventor’s daughter and a guy from the wrong side of the tracks are entangled in a revenge kidnapping and imprisoned in a mountain cabin to await ransom. They must trust each other and work together if they want to escape, but they’re both keeping secrets. And secrets can be deadly. 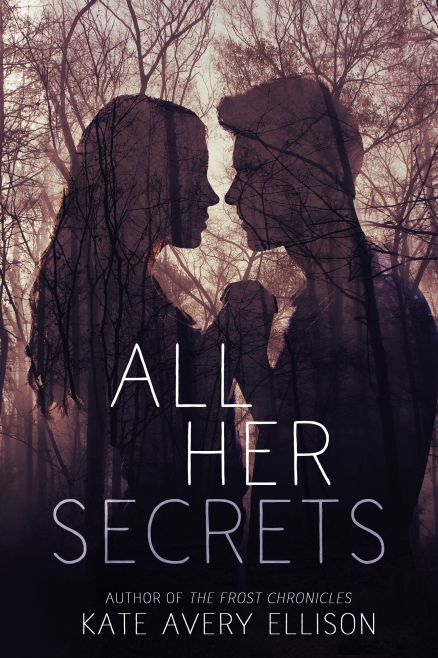 Title: All Her Secrets by Kate Avery Ellison

Nothing is as it seems in this psychological YA thriller set in a not-too-distant future.

A GIRL WITH SECRETS

Eighteen-year-old Victoria, the daughter of inventor and visionary-genius Bill Faraday, was almost murdered by a stranger four years ago. She’s been trying to forget the incident ever since.

When Victoria discovers something that might explain why she was brutally attacked, she heads home from college to uncover the truth. Then, she’s kidnapped.

A GUY FROM THE WRONG SIDE OF THE TRACKS

Sam’s just a poor kid from Toivo, an experimental utopia gone wrong, but he knows who Victoria is as soon as his cousin Craig drags her from the trees. He doesn’t want anything to do with what appears to be a revenge kidnapping, but Craig has a gun and needs someone to take the fall if things go wrong.

A DESPERATE PLAN TO SURVIVE

Craig and his buddies imprison Sam and Victoria in an abandoned mountain cabin to await ransom. Putting aside mistrust for tentative friendship, Victoria and Sam conspire to escape together, and the close quarters ignite a startling attraction between them. Then they discover strange tunnels beneath the cabin. And what they find inside the tunnels proves more bizarre.

With a plan in place to escape, freedom seems within reach. But Sam and Victoria are both keeping secrets about their past.

And secrets can be deadly.

* I received this book in exchange for an honest review.  A huge thank you to Barclay Publicity and Netgalley.*

This was a really good book!  I read it in the beginning of October, and I thought it was the perfect book to get me into that Halloween mood.

The setting in All Her Secrets was very immersive for me.  It takes place in October, and since I actually read this book in October, it felt very autumnal and atmospheric.  It is a dystopian novel, but unlike most dystopian novels, it doesn’t have that distinctly futuristic feel.  I loved that!  The world in this story felt like it was still our own, and that really helped me to relate to the story and the characters.

All Her Secrets actually gets pretty thought-provoking at times.  It raised a lot of good questions about machines and ethics.  It really made me think about where the line should be drawn when it comes to machines and robots.

I really loved the alternating points of views, as well as the short chapters.  I, personally, love books with short chapters because they always give me the perfect excuse to read “just one more!”  I also felt like the different points of views really helped me to get know Sam and Victoria.  I liked being able to see what was going on in each of their heads.  Also, while I love the cover of this book, I feel like it gives the appearance of a much more romantic book.  The romance is very slow growing; it is nicely paced and doesn’t take over the whole plot.

One other thing I loved was that this book was filled with twists!  While reading, I was for sure the story was going to go one way, and then it ended up going in a direction I totally did not see coming.  I love when that happens.

Overall, this was a really enjoyable, fast-paced read.  It is a great mystery/thriller book without being as gritty and intense as books such as Gone Girl.  I would recommend it to anybody looking for a unique thriller.  After reading All Her Secrets, I really want to read Kate Avery Ellison’s other novels! 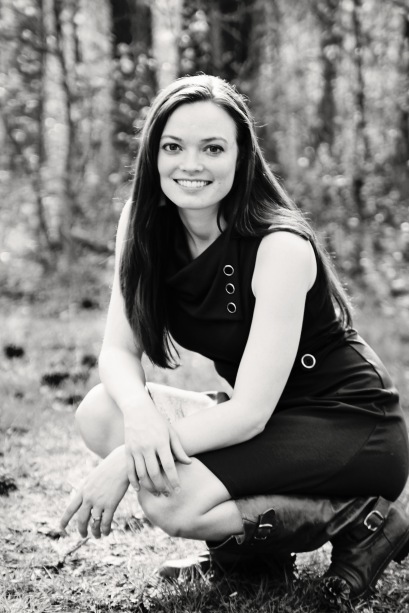 Kate Avery Ellison decided she wanted to be an author when she was five years old, and with hard work, determination, and the support of loved ones along the way, her dreams of telling stories for a living came true in 2011 with her first novel, The Curse Girl, and continued with her Amazon bestselling series The Frost Chronicles and numerous other fantasy and science fiction novels. She loves putting a dash of mystery in everything she writes, an ode to her childhood spent reading Nancy Drew, Agatha Christie, and Sherlock Holmes, and she can’t resist adding a good twist in the story wherever she can.

Kate wishes she could live in a place where it’s always October, but until that’s possible, she makes her home in humid Atlanta with her husband, son, and two spoiled cats. When she isn’t dreaming up her next novel or holed up writing it down, Kate can be found binging her favorite shows on Netflix, reading on her Kindle, building intricate train track configurations with her toddler, and playing board games with her husband and friends.

Kate Avery Ellison is offering one (1) lucky winner a $25 Amzon Gift Card and five (5) runner-ups an eCopy of one of her books (winner’s choice)! To enter, simply fill out the Rafflecopter below:

4 Comments on “Book Review | All Her Secrets | Blog Tour + Giveaway!”