Posted on December 5, 2016 By Theresa @ TheCalicoBooks 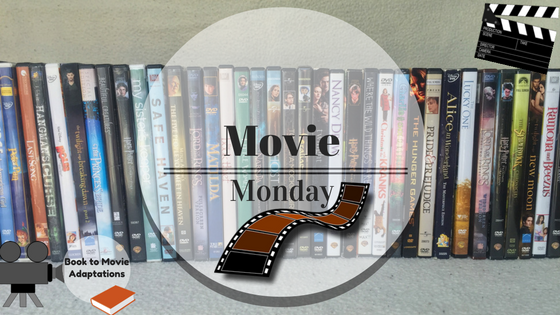 Hello, and welcome back to another Movie Monday – a semimonthly feature on my blog where I compare and discuss books and their movie adaptation!

Today I’m discussing the 1990 movie, Lantern Hill, based off the book Jane of Lantern Hill by LM Montgomery.

*I received this movie in exchange for an honest review.  A huge thank you to Sullivan Entertainment!*

Also, please be aware there may be spoilers!

After reading Jane of Lantern Hill (be sure to check out my review for it here), I was very excited to see the movie.  While there were some significant differences from the book, the movie did not disappoint!

Some of the minor differences included Jane’s mother’s illness, as well as the fact that Jane visited her father in the fall instead of the summer.  One more noticeable difference, was Jody.  She was much bolder and far more daring in the movie.  The biggest difference between the book and the film, however, was the ghost story.

As someone who loves faithful movie adaptations, when I first saw Lantern Hill was veering off into its own story,  I was a bit unsure how I was going to like this movie.  That being said, the differences ended up drawing me in. While I absolutely adored the book, I found myself really enjoying the movie, and its differences, as well.  I found the mystery of Evelyn to be incredibly intriguing.   It was so mysterious, and just the right amount of spooky.  I also loved the addition of Hepziba.  She was such a unique, strong character, and one I will not be forgetting anytime soon.

While there were many differences, that does not mean there were no similarities.  In fact, all the best parts were there.  I loved how it was even included that Jane was scared of cows!  The spirit of the characters was there as well.  The actress who played Jane, in particular, perfectly captured the role.  She was exactly how I pictured Jane to be.  The actor who played her father, Andrew, was absolutely perfect as well.  All the actors in this movie did a phenomenal job.  Everyone gave such a strong performance.

The pace of the movie was just right, as well.  Events did not happen too quickly, nor did they drag out for too long.  Also, the scenery was gorgeous!  The cinematography, especially for the outside shots, was just so beautiful.

All in all, while there were a few significant differences from the book, making it not the the most faithful adaptation, Lantern Hill was able to stand on its own.  With high quality actors, story line, and setting, Sullivan Entertainment managed create another wonderful, family-friendly movie.