Posted on February 21, 2017 By Theresa @ TheCalicoBooks

Hello!  Today is Top Ten Tuesday – A weekly bookish list created by The Broke and the Bookish!  This week’s topic is:

I had a lot of problems with this book before starting it, and honestly, the issues I had with Me Before You are still there (I touch on those issues in my review).  That being said this book was so well-written and I was just completely sucked into the story and I devoured every single page!  I was so pleasantly surprised and despite it’s mixed reviews, I really want to read the sequel.

2. The Importance of Being Earnest

I found this book under my mom’s bed while I was helping her organize one day.  I had literally no idea what the book was about.  I chose to read it because it was super short, and I was participating in a classics challenge, and it was the end of the month and I still hadn’t read anything that counted as a “classic” yet.  So, I thought I’d read it.  Oh my goodness, I loved this book! It was so much fun! It was witty and clever, and goofy and really funny.  I want to read more from Oscar Wilde now, because The Importance of Being Earnest was just so light-hearted and refreshing, and I absolutely loved it!

3. The You I’ve Never Known

This book was the first (and so far only) Ellen Hopkins book I’ve ever read.  Honestly, before I read this one, I was intimidated by her books due to their size and subject matter.  After reading The You I’ve Never Known, though my opinion has completely changed!  First of all, her books aren’t nearly as intimidating size-wise because she writes in free verse, so even though this book is over 600 pages, it doesn’t feel that way at all!  Second, her writing and storytelling is absolutely so incredible, I’m not sure why I was so intimidated!  I want to read more from her now.  On a side note, which of her books are your favorites?! 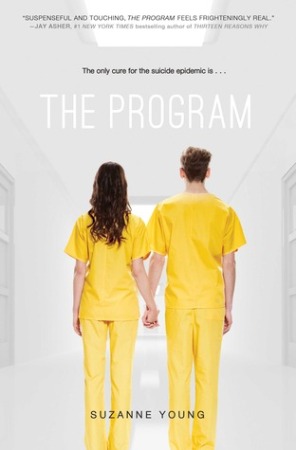 I’m starting wonder if I’ll ever stop talking about how much I love The Program, because I feel like this book is all I talk about!😂🙈  Seriously, this book was one of my favorites of 2016, and it was one I was not planning to like very much at all.  The only reason I read The Program was because I was participating in the #readthemallathon last summer, and it was the only book that I owned at the time that fit one of the badges.  I planned on it being just okay, but OH MAN, it brought my dystopian book obsession back!! 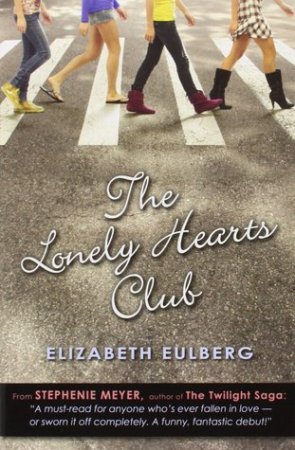 I got this book at my library’s book sale for $0.25, and had it been much more, I probably wouldn’t have bought it. I’m so glad I decided to get this book though, because it was so fun, and after reading it, I definitely would have been willing to pay full price for it!  I loved all the musical references, and I’ll be honest, I don’t know that much about the Beatles, but this book made me wish I did!  It’s one of those books that are a bit predictable, but if you’re in the right mood, it has exactly everything you’re looking for in a fun, chick lit read!

1. A Court of Thorns and Roses 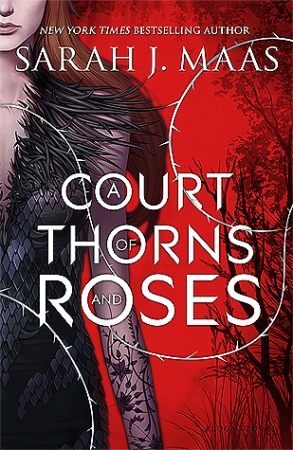 Guys, I wanted to love this one, I really did, but I just could not get into A Court of Thorns and Roses.  I really tried, but aside from the very beginning and the very end, I just had trouble connecting.  I liked Feyre well enough, but I thought Tamlin and Rhysand were just okay.  I know everyone loves this book, and everyone tells me A Court of Mist and Fury is so much better, but…I don’t know!  I keep saying I’ll read the sequel, but I still haven’t gotten around to it.  Maybe someday, but that day (or month…or maybe year) is not today!

2. The Rest of Us Just Live Here

While I did like The Rest of Us Just Live Here, I just didn’t love it.  I wanted to love it, but honestly, it was a little boring at times.  This story had a really great concept, but it just fell a little flat for me.  It had some great, diverse characters, and I love the honest portrayal of OCD, but I just felt like this book was missing something!

Oh look! Yet another super popular book that I didn’t love! 🙃  So many people are obsessed with Colleen Hoover’s books, I especially see a lot of love for Maybe Someday, but while this book was good, I didn’t love it, either!  I kept waiting to really fall in love with the story and Sydney and Ridge’s relationship, but I never did.  I will say though, I really like how strongly music was incorporated throughout the novel – a Maybe Someday album was made based off of Ridge’s songs, which I thought was really cool.  Despite that though, this book just wasn’t for me. 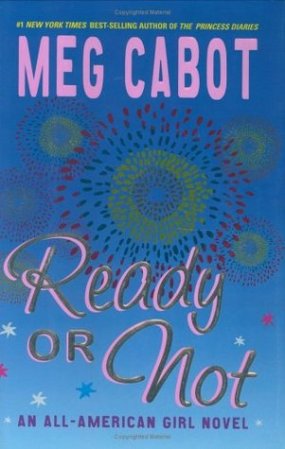 I want to start by saying I love Meg Cabot’s books!  She is one of my favorite authors, so it really pains me to put this book on my list, but honestly, Ready or Not was not her best work.  It’s the sequel to All-American Girl, and that book was so fun, and Samantha actually reminded me a lot of Princess Mia.  This book, however, did not feel as fun.  Basically, Samantha spends the whole book thinking her boyfriend wants to have sex with her and she spends the entire time deciding whether or not she is ready for that.  That is basically the entire storyline. The writing is great as always, but I just wish there was more plot!  This one left me feeling quite disappointed. 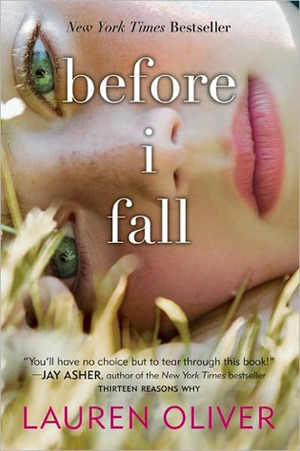 Lauren Oliver is another author that I adore, so this one was a difficult pick for me as well!  While I did enjoy Before I Fall, I was very disappointed in the ending.  I was loving the book, but because of that ending, the book ended up falling flat for me!

That’s my Top Ten Tuesday!  Let me know which books you’ve read that have disappointed or surprised you. 🙂 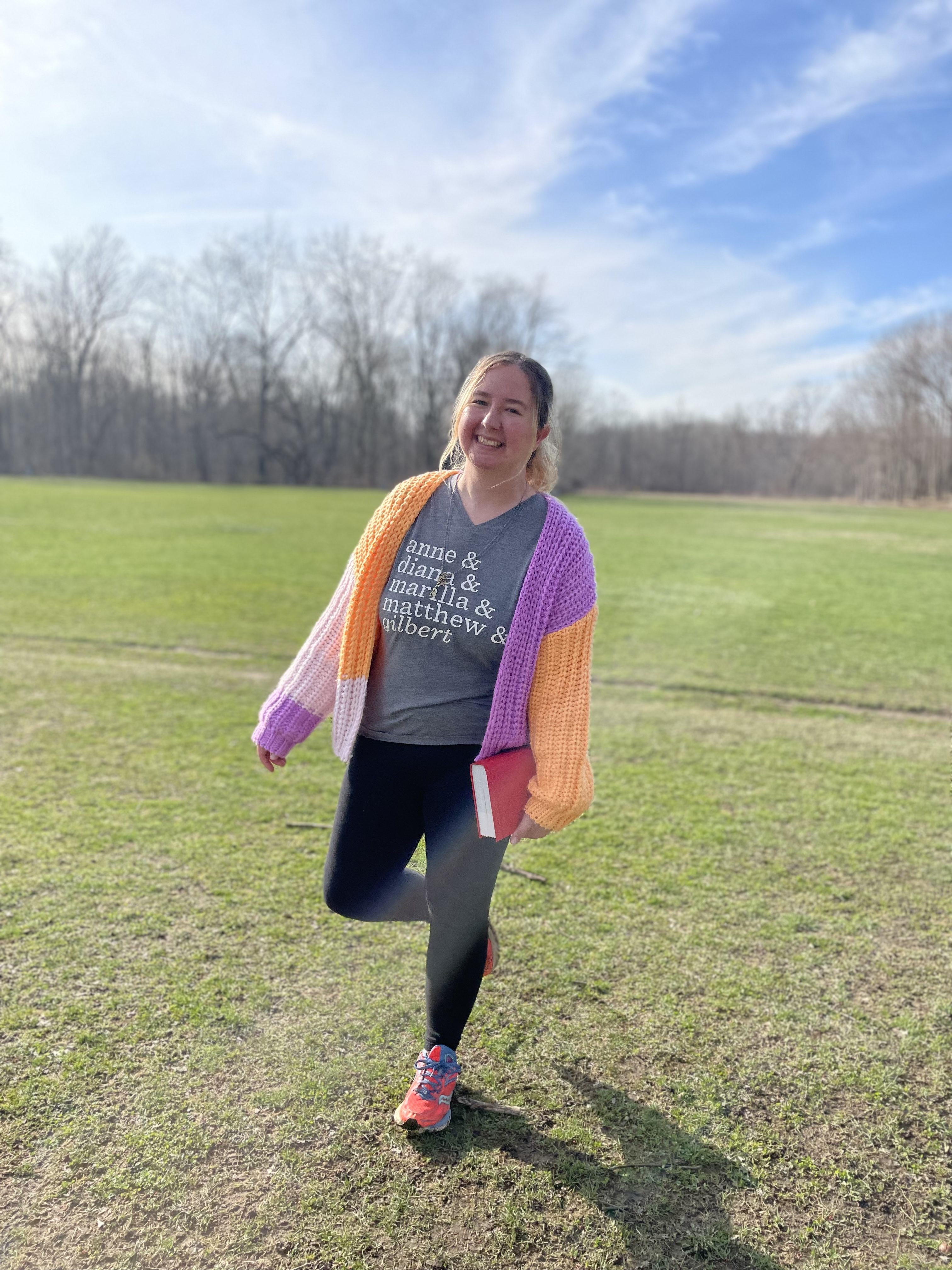